Posted on September 6, 2012 by baldwithballs

2009 I was approached by the artistic director of Krystallpalast Varieté in Leipzig about creating a concept for a new show in 2012.
For three years me, Urs (the artistic director) and Luke Wilson (the director of the show) has worked with this project. With meetings on Skype, over the phone and live in Stockholm, Leipzig and Köln. Scenes has been turned and moved around before Luke took his pen and wrote the script that now has transformed into the show that we call Mortale.
Yesterday we had our premiere and 2 weeks of hard rehearsing is over. It is with both sadness and joy I now step into the excitement of performing the show every night.
I would like to thank Urs Jäckle for his belief in me and helping me in developing the concept. Of course I would also like to thank the wonderful artists in the show. My friends. Sille, Henrik, Louise, Petter and Fofo. But most of all I would like to thank my old friend Luke Wilson for sharing his ideas, his time and his heart for making this a very good show.
I am forever thankfull for this and I love you very much.
xxx 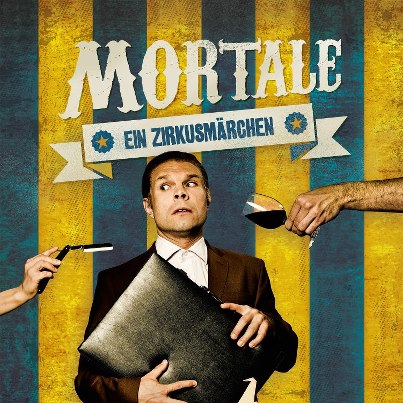 This entry was posted in About me.... Bookmark the permalink.