Pink on the Inside

Pink on the Inside – By David Eriksson 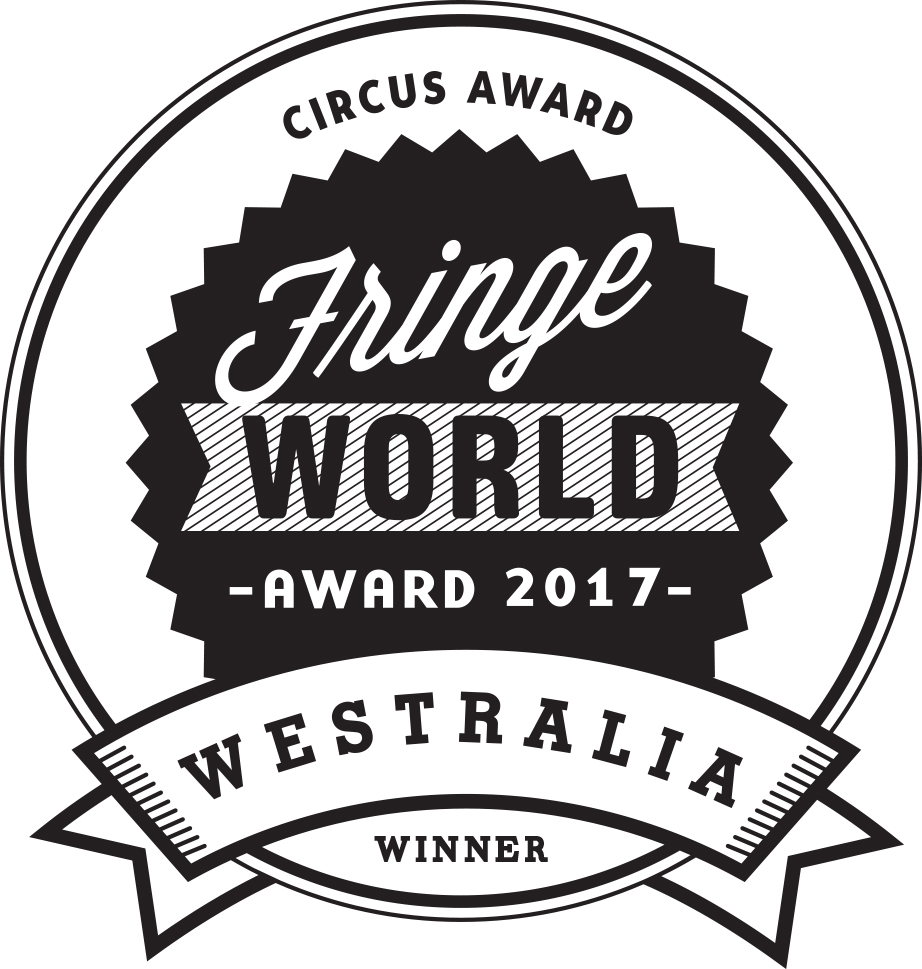 About the performer:
David Eriksson is one of Europe´s strongest shining circus artists and comedians. For 22 years he has toured the world entertaining in his most unusual way. He has won an Olivier Award 2015 with cabaret power house La Soirée and toured the globe with international circus companies such as Circus Roncalli, Circus Monti and Cirkus Cirkör, Circus Flic Flac etc. He also received a Herald Angel at Edingburg Fringe 2001 and a Silver trophy at Les Feux de la Rampe in Paris the same year.

About the show:
In “Pink on the Inside” David uses the full range of his stage experience – the brilliant circus entertainer, the comedian and the actor, to convey the raw macho energy and mendacious charisma to take the audience by storm from the first second.
The audience are brought on a mesmerizing, but disturbed,  journey through juggling, comedy and acrobatics accompanied by heavy rock towards the point of no return.
Through the performance he peel layer after layer of himself as a man.
Based on his own experiences, he takes up the male role and its norms, which he in many ways experienced as a prison.

David uses his scene endowment to put his finger on the points where masculinity is most vulnerable and to question the norms that define manhood.
His aim is to make a difference.

“Pink on the Inside” 7 minute demo. from David Eriksson on Vimeo.

“David Eriksson wants to put his finger on the macho culture he grew up with and in. It’s a blistering showdown with the mechanisms of group pressure and the self imposed requirements that limits him.”
Dagens Nyheter, Sweden

”On a completely different dimension is David Eriksson’s show “Pink on the Inside.” The theme of this Swedish artist’s show revolves around the issue of gender, presented in a highly entertaining but un shallow manner. Eriksson’s performance can truly be described as pure theatre; his magic, acrobatic and juggling tricks, while fun to watch, also conveyed a deeper sense of expression than what is on the surface. With each trick, Eriksson juxtaposes a tough, male, almost brutal exterior with a sensitive, gentle interior. When, during the final scene, Eriksson appears smiling, wearing red high heels, the audience is charmed but touched by his expression of deep reflection.”
Gazeta Lublin, Poland

“The things he can do with a balloon, a wine glass and a toilet plunger… well, you’ll have to find out for yourself.”
The Music, Australia

“Pink on the Inside is bizarre, terrifying and adorable.”
Out in Perth 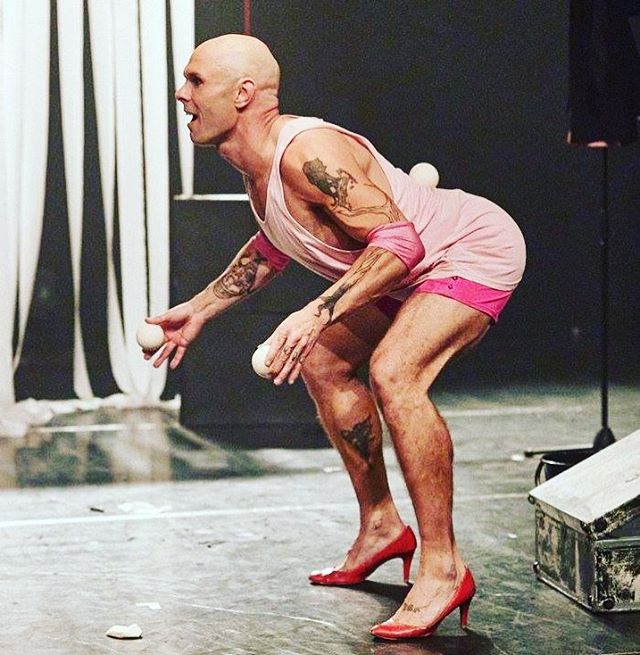 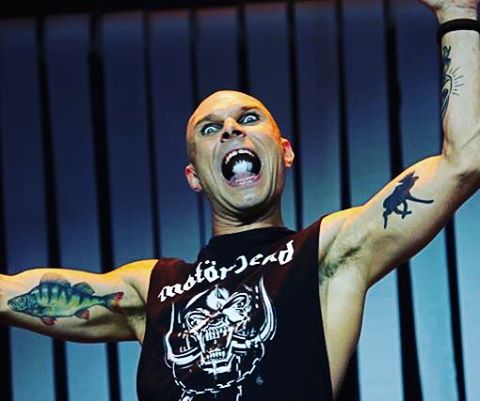 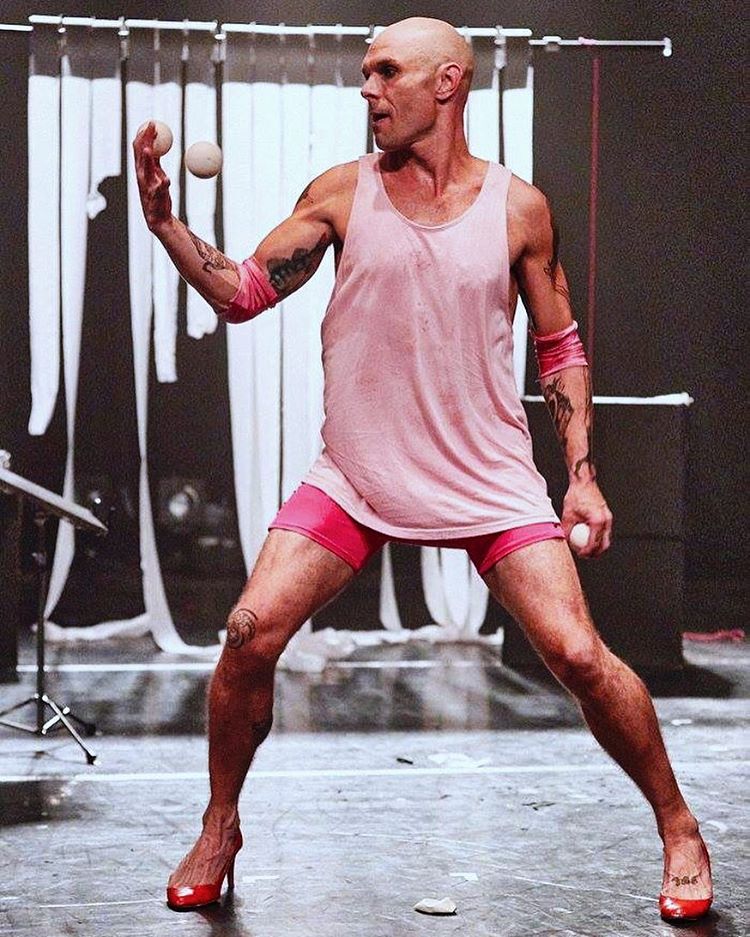 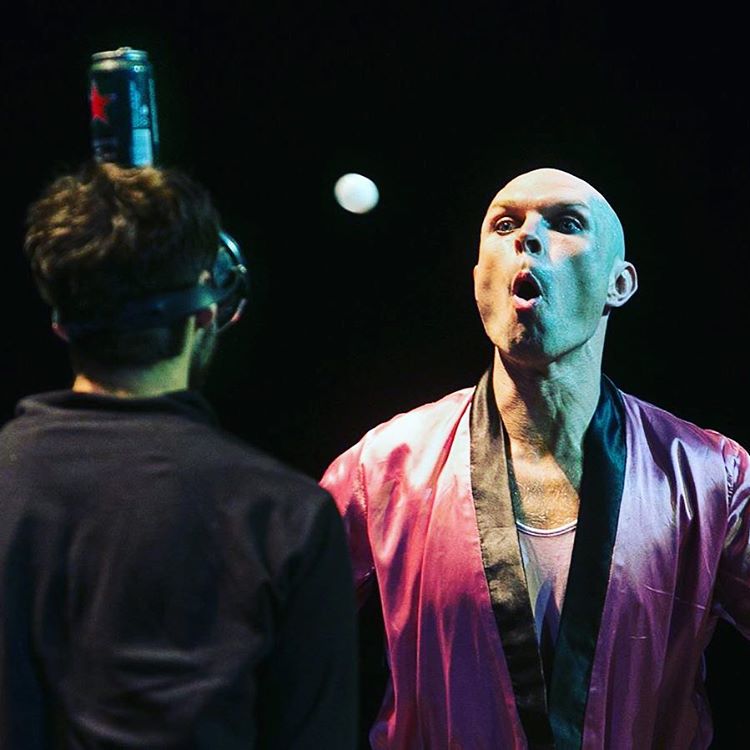 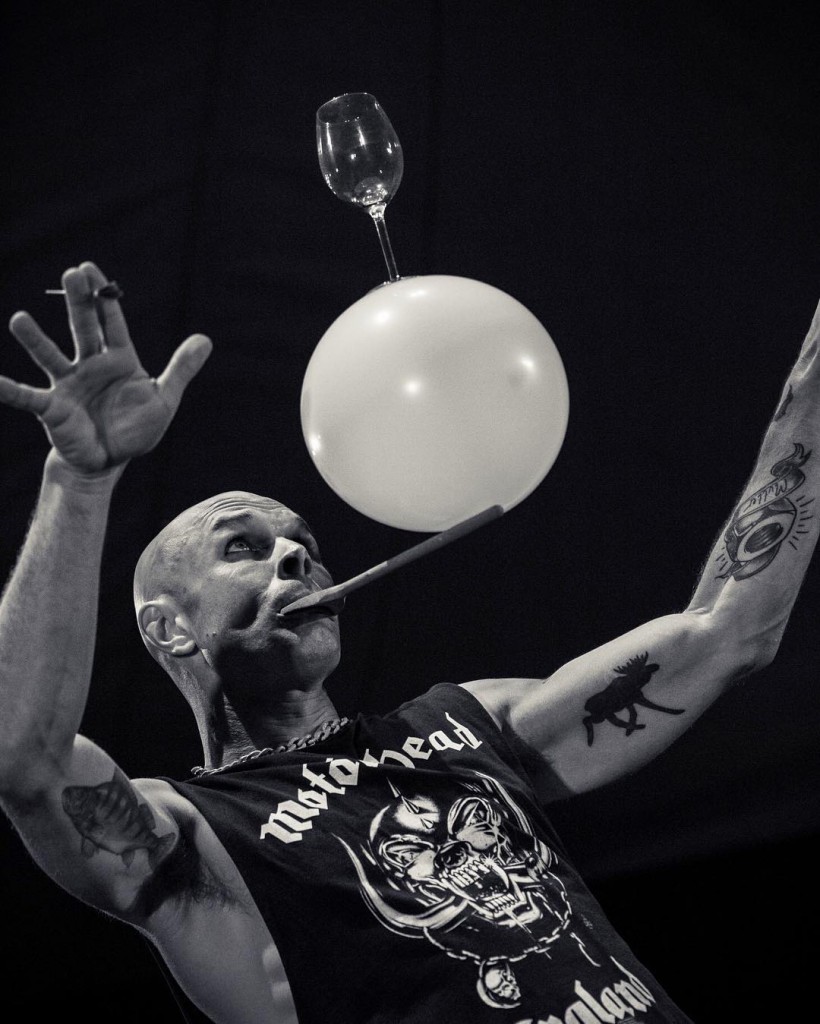 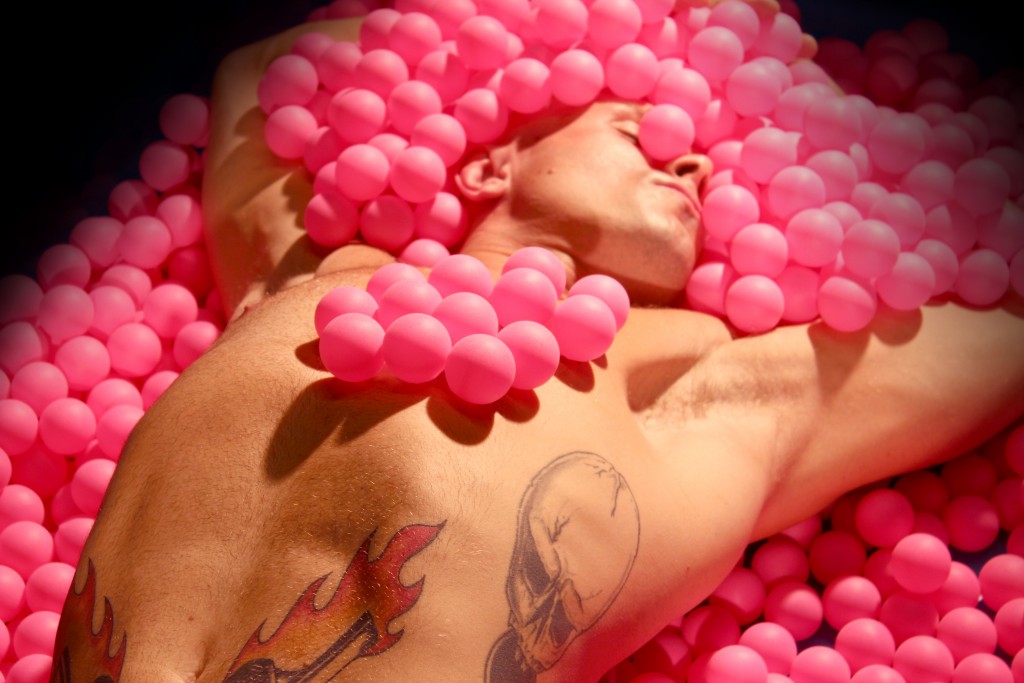 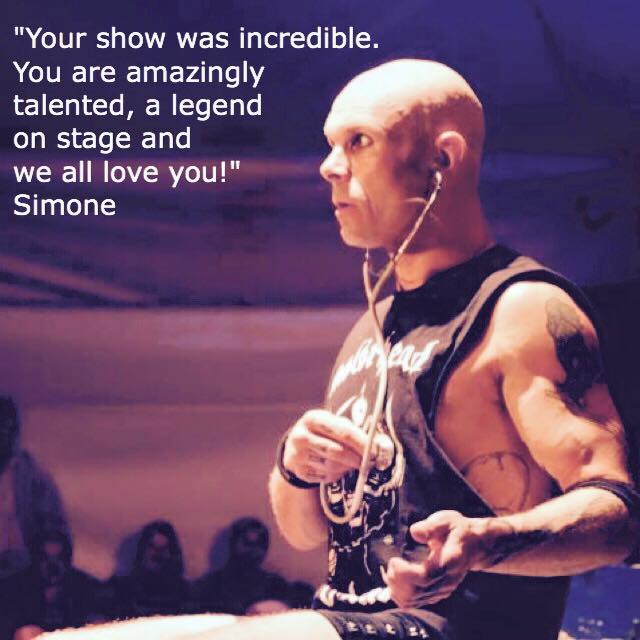 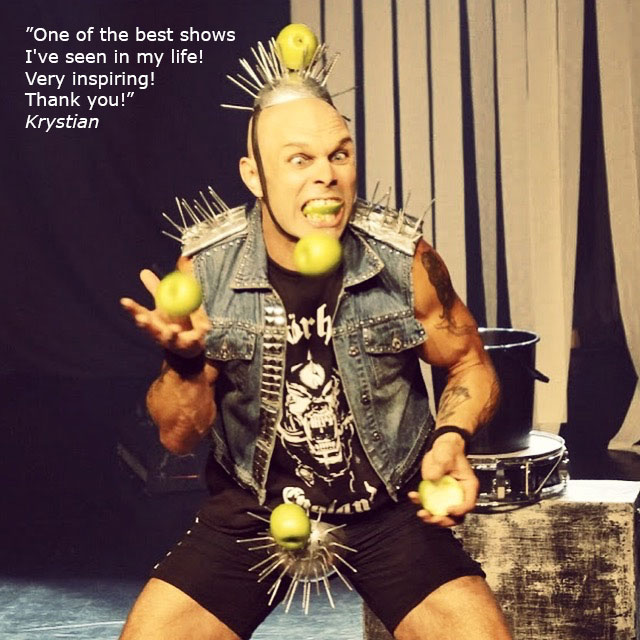 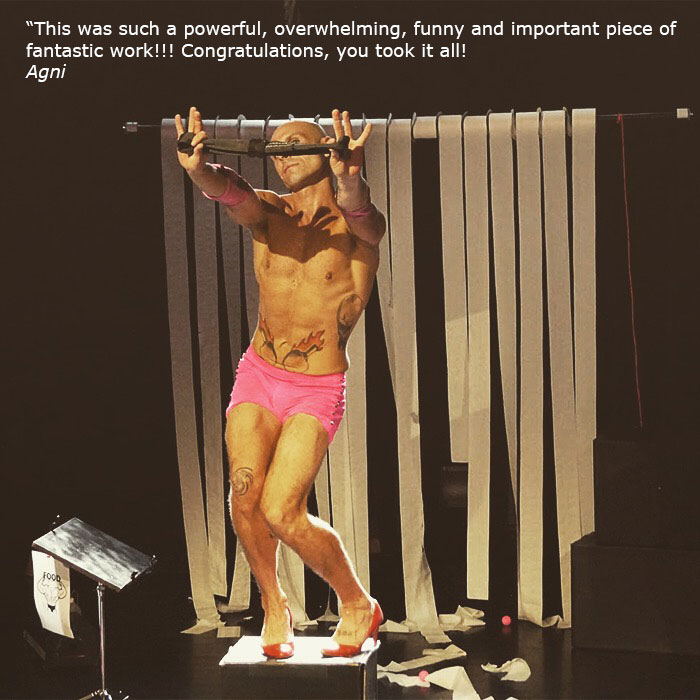 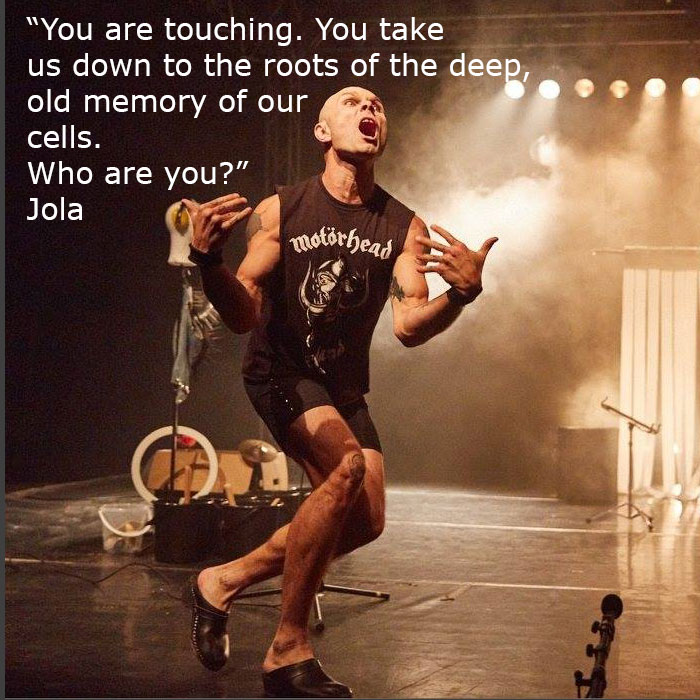