It is completly quiet. The audience is pushed back into their seats by the pure energy of total presence.
A lonely pingpongball is floating perfectly throug the air. Cutting the tension like a white comet. A perfect journey towards the embracing mouth of it´s destiny.
The performer is ready. He has been waiting for this moment. He has been anticipating every possible error.
In his head he can already hear the audience roar as the pingpong ball softly lands in the comforting warm darkness of his mouth.
This is the goal that determines his success. It is the perfect collision of fiction and reality. The moment when the eyes can not believe what they see.
It is the melting pot where magic is created.
It is pure gold.
He wants it.
The audience wants it.
The laws of nature demands it.

But then. Every interference has an impact on evolution. Everything counts.
Is it a door that opens? Is it two celestial bodies crashing in another dimension? Or did a butterfly flap its wings somewhere in Mexico? Nobody knows. A fraction of movement in time and space is enough for the object of attention to change its course.
The pingpong ball has lost its target.
And the target has lost his mind.
Without hesitation his feet leaves the the stage. The coordinates are spinning. It is the end of existence for ballistic precision. The artist is flying far beyond his comfort zone. Straight into the mystery of his destiny. With his mouth open he knows that this is his moment. Catch the ball or die. Flying throug air. Time stops.
”This is your captain speaking. Get ready for impact in 5, 4, 3…”
An epic moment is on the horizon. In his mind a mantra of 5 simple words: ”Do not fuck this up!”
His jaws are wide open. Ready to swallow a basketball if needed. Slow motion.
Time does not exist.
Fairness does not exist.
As the pingpongball misses his mouth and hits the performer slightly under his right eye, the thin ribbon of magic is broken.
The performer tumbles down in to a sea of failure and shame. He is on the floor. His dignity has left the building. He is broken, he is useless and he is covered in blood.

(And this, my friends, is how the story begins. After, David would rise up from the floor and get back up on the stage. The show must go on. The remaining 5 minutes of the act was completed and, paradoxically, without any further mistakes.
Straight after, David was taken to hospital for minor surgery and terrible hospital food. He is now recovering with the haunting image of a par can slicing through his meat and putting him out of action for at least a week. He would like to openly express his regrets and how truly sorry he is for letting everyone down. But also his gratitude for being surrounded by friends.) 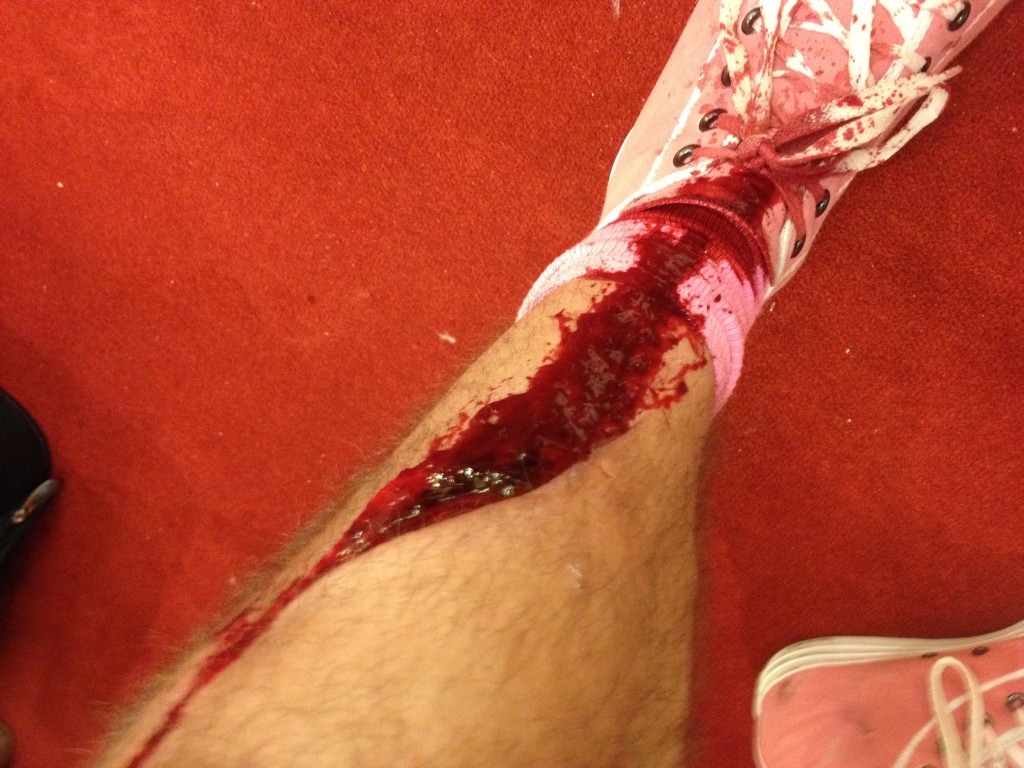 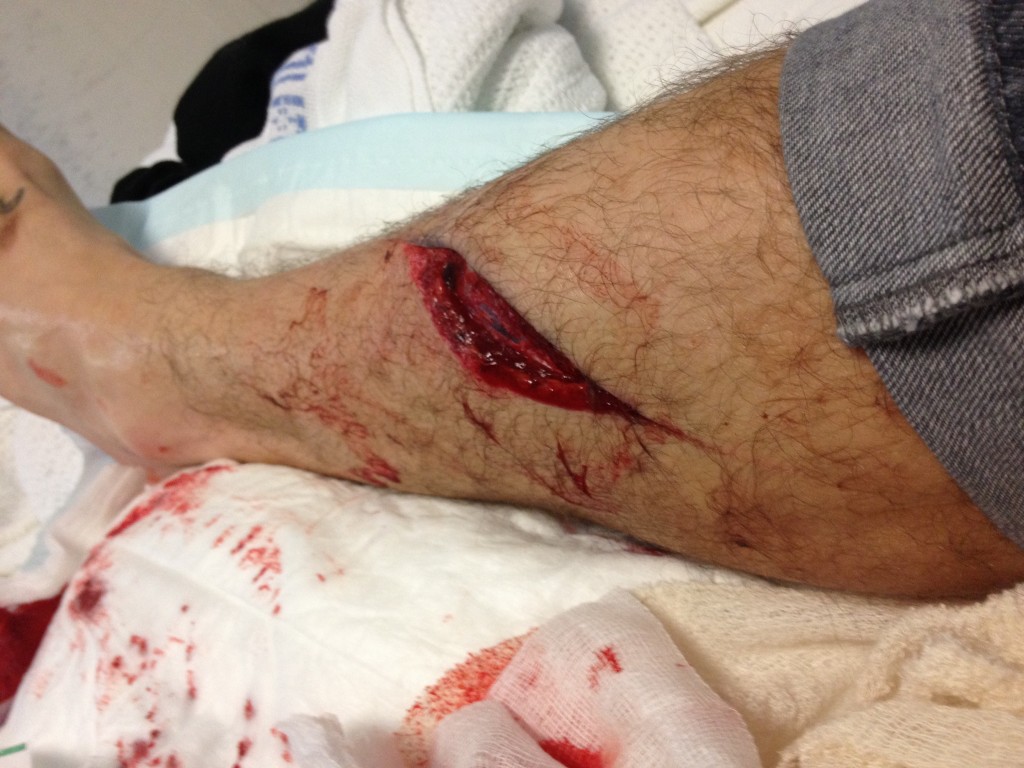 This entry was posted in About me..., Circus and shows, Tour. Bookmark the permalink.